The Eye Opener is a short micro film of a recreated scene from the film Honey Boy (2019) to serve as an acting showreel and also dedication to his mentor from Branden Garrett.

The idea was to shoot a dramatic scene with natural lighting in a way that would emphasize the expressed emotions and also to recreate a 70’s look and feel to the short. 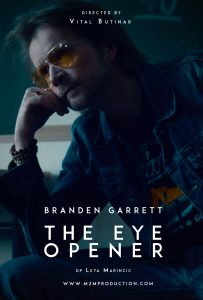